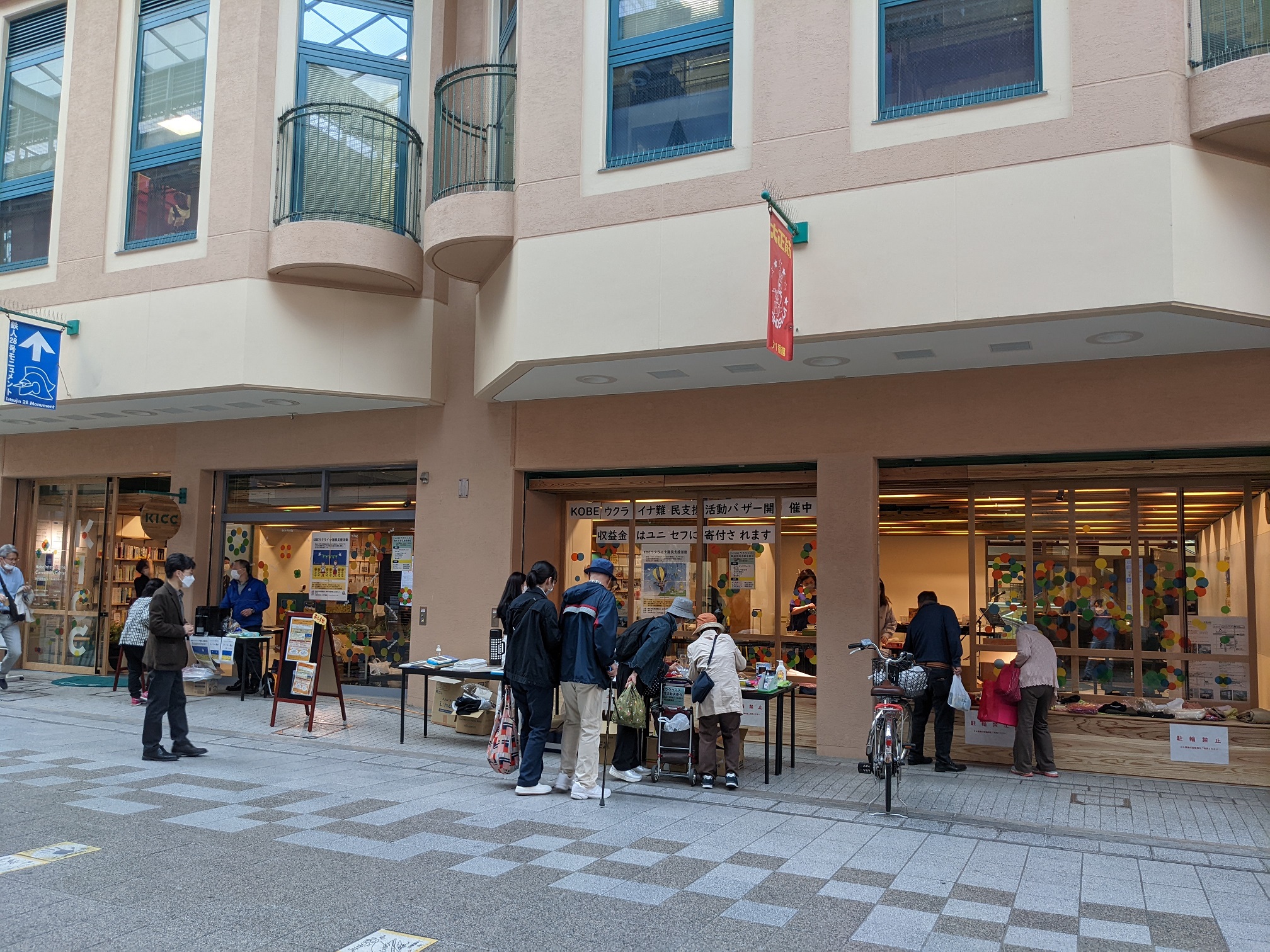 On April 3rd, Kobe Foreigners Friendship Center held an event called KOBE Ukrainian Refugee Support Activity at Kobe International Community Center (hereinafter, this is called KICC). Study meeting was held there from 1 p.m. to 2 p.m. Rummage sale and fund-raising activity were held there from 2 p.m. to 5 p.m. Fund-raising activity was also held in front of JR Shin-nagata station. I participated in these activities as a volunteer.

Ms. Akasaka Mutsumi gave a lecture on the present states of refugees and the way that refugee support works. She is a client relation manager of authorized nonprofit organization called Japan Association for Refugees. The most impressive things I learned from this lecture is that Japan doesn’t accept many people as refugees compared to other developed countries. I learned that there are siblings who became refugees and one evacuated to Europe and the other evacuated to Japan, and the former was accepted as a refugee but the latter was not. I thought that Japan has very strict standards of refugees. In the Q&A session, many participants asked questions to her. Some people asked their questions even after the study meeting came to an end. I felt that the interest about refugees is rising.

I was in charge of rummage sale as a volunteer. Items were sold for 100 yen, 300 yen, 500 yen, 1000 yen respectively. Various kinds of things such as handkerchief, stationary, dishes, and clothing were sold at the rummage sale. Participants of the study meeting and customers of a shopping street bought them. Many people donated money to fund-raising activity which were held in front of KICC and JR Shin-nagata station. The fund raised in this activity will be donated to UNICEF.

KOBE Ukrainian Refugee Support Activity is going to be held on April 10th and 17th at the same place and the same time. If you are interested in this activity, please participate in it.

If you want to know specific information on this event, please check this article.(written in Japanese)
→≪https://social-b.net/baiyu/kobeukrainianrefugeesupportjp/≫